By Gerald Lacey
Staff Writer
Carver Heights Quarterback Club
November 21, 2011
LEESBURG - Leesburg High School senior OLB Noor Davis made a official visit to Auburn University over the weekend. Davis has made a verbal commitment to Stanford University for the 2012 season. Also a visitor for Auburn’s Homecoming game in 2010, Davis said this time around he got to experience a lot more of the campus and also the atmosphere surrounding the team.
“Actually last year all I saw was the Tigers’ Den and the game,” Davis recalled. “This time I had the chance to see the campus and the locker rooms and the facilities and the players and the academic environment. Really I got to see the school this time.” 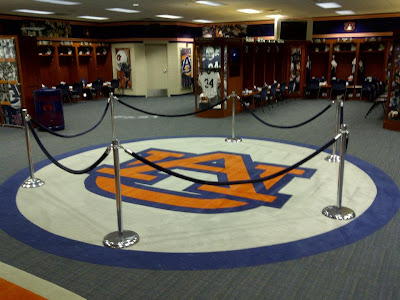 If Davis decides to attend Auburn he will be the second player from Leesburg High School to play there. Former Jackets standout Jim Skuthan was a Academic All-American at Auburn in the late 1970's. The 2012 Under Armour All-American from Leesburg, Fla. the nations number rated outside linebacker by ESPNU 150 made his third of four planned visits this weekend, checking out the Auburn program for the first time since attending the Tennessee-Chattanooga game last fall.

"It was a very fun trip," Davis said. "I had the chance to spend time with the players and the coaches. Auburn is a fun place and I enjoyed my visit. Spending time with players and coaches was the best part."
“I got a chance to get a closer look at Auburn. It’s a great university and a great program," said Davis on Auburn. "They have a great coaching staff and players, too. I know they are going to be very successful for years to come.”


Redshirt running back Corey Grant served as his host on Friday and true freshman defensive back Jermaine Whitehead hosted Davis on Saturday. Davis said he had a great time talking to some of the players on the team while also getting a feel for how they get along.
“It was a lot of fun,” Davis said. “They are like a family. They all take care of each other and all have each other’s best interests. It’s a special thing."
“It just stood out to me how everybody is really laid back and like a family,” he added. “That’s something that is very good.”
Now that he has visited Auburn and Alabama, the Stanford commit said he also plans to take a visit to USC before signing day. Davis said he is still firm on his commitment to Stanford.
“No sir nothing has changed with me,” Davis said. “I’m still committed to Stanford.”

“I’m just looking forward to seeing the pageantry of Auburn,” Davis tells Inside The Auburn Tigers. “I was up there last year for their homecoming game so this will be the second time for homecoming. It’s going to be a great atmosphere. It will be a good time to meet with the coaches and players.
“It’s about comparison,” Davis added. “You never know what you have until you compare it to something else.”
“It’s a great environment,” Davis said. “It’s a great school. They won a national championship last year so they are successful. This year they are a young team and they’re trying to rebuild. The coaches think I can be a valuable part of their team at the outside linebacker position. I could do a lot of things for them.”
Davis said that the lack of veteran depth at linebacker is something to consider if chooses Auburn, but in the end he knows he’ll have to work for a spot no matter who he ends up signing with on National Signing Day.
“That’s definitely a special thing, especially at a big-time school like that,” Davis said. “Wherever you go you’re going to have to compete. Even if I went to Auburn I would have to compete.”

Noor Davis was the only official visitor in Auburn this weekend not committed to the Tigers. Davis arrived Friday night with an uncle and left Sunday afternoon. Davis has been impressed with the family atmosphere at Auburn.
"I didn't know how big the group is as a whole and how they all got along with each other," said Davis. "They are very much like a family and the atmosphere between the players and the coaches is a very good environment." 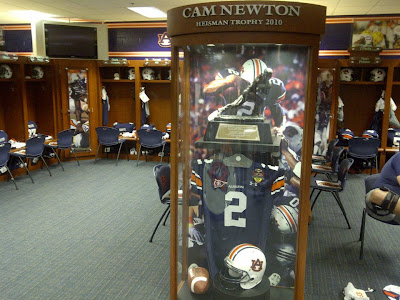 "Other head coaches have tried to recruit me and I think it's very special to have the head coach at a prestigious university recruiting you, that's a big deal," said Davis. "I definitely know that I'm of importance as a coaching staff and as a recruit. That's something special."

Chizik wasn't the only person heavily recruiting Davis over the weekend. Auburn commitments Zeke Pike and JaQuay Williams spent time with the Stanford pledge, selling him on the idea of joining them on the Plains.

"They were definitely trying to recruit me, but they are good guys," Davis said. "I know they will do very well in college and they are looking forward to playing for Auburn. They were talking about the environment and playing in the SEC and all the different sales pitches." 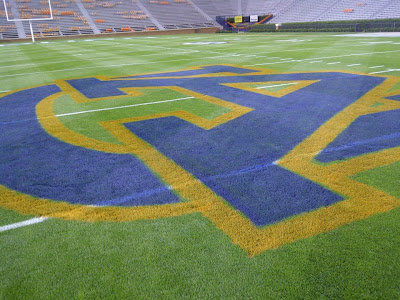 Auburn defeated Samford 35-16 on Saturday, and Davis was paying close attention to the Tigers' defense. Auburn believes Davis has the versatility to play multiple positions on defense at the next level.
"I was looking for my position, how they fill gaps, and looking at how aggressive the defense is," Davis said. "Auburn said they like me as an outside linebacker. They feel like I can play all three of the linebacker spots and be athletic and physical and make a lot of big plays."

Davis isn't wasting anyone's time however, as each school he visits is with a purpose. 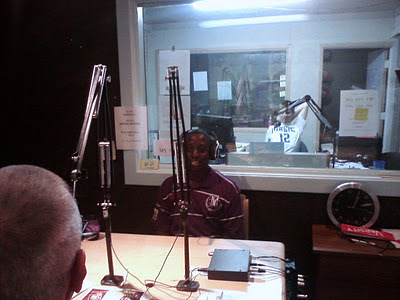