Sports Section
Leesburg Commercial
November, 1953
LEESBURG - The Leesburg Yellow Jackets will wind up the 1953 football schedule tonight against the Bulldogs of Melbourne High on the East Coast school's gridiron. The match was postponed from an earlier October date due to high waters and a threatening hurricane.
Head Coach Ed Stack reported his squad in good physical shape, with all of the players ready for action. The team showed plenty of zip in Wednesday's practice session and ran through the offensive plays with clockwork precision. A letdown followed in Thursday's drills, which is a favorable sign according to past performances. Especially on two occasions before important OBC tilts, the Jackets were up for the Wednesday drills, slacked off on Thursdays, and then played stellar games against Apopka and Winter Park.
Although halfback Jack Woodard is still carrying a bandaged hand, the first six of Coach Stack's backfield performers are in the peak shape of the season, and should be able to chalk up several touchdowns against the up-and-down Bulldog team. Guard Howard Eaton, who has been out of action since the Sanford game with a leg injury, may see some action.
Melbourne's chief scoring threat is Fred Howard, a dangerous speed merchant who has tallied six TDs this season. Don Bice and Charles Layne are two other backfield performers that may give the Jacket defense trouble.
The Bulldogs, who boast a tie with the strong Winter Park outfit, were contenders for the conference title until loss to Apopka and Cocoa knocked them out of the picture.
The Yellow Jackets are favored to win by three touchdowns, but the prestige to be gained by knocking off the loop champions may inspire the host team to make it a closer contest than expected.
Resources
Article provided by:
Gerald Lacey
Staff Writer
Carver Heights Quarterback Club
1986 Varsity Jackets Football Lettermen #82
Class of 1988 Leesburg High School
leesburgyellowjacketsfootball@yahoo.com
www.leesburgyellowjacketsfootball.com 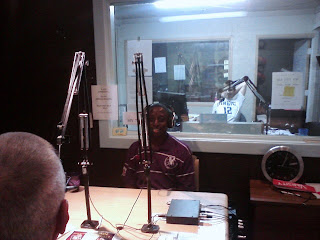 Gerald is the CEO/President of Lacey LLC and OmariWholesale, Inc. He runs his entire business from his home where he is able to spend quality time with his family and friends. He is passionate about helping individuals to build and monetize their personal brand online.
Posted by Gerald Lacey at 12:15 PM