LEESBURG, Florida - Leesburg High School head football coach Randy Trivers will lead his Fightin' Yellow Jackets into the hostile confines of the Panther Den Friday night. You can throw out all of the records in the intense rivalry. The Leesburg vs. Eustis rivalry is one of the longest running rivalries in the nation. The schools started playing each other in 1927 with Leesburg dismantling the Panthers in the initial contest 61-0.

The two schools are only 16.7 miles apart have battled almost every year since 1927 in this storied rivalry. Leesburg has won the last four meetings and looks to continue its dominance over the Panthers in Friday's game. Leesburg leads the series with 44-25-1 over a 85 year span. The Jackets won last years meeting 20-7 at Leesburg Memorial Field at Hubert O. Dabney Stadium.

Both teams looked impressive last week in wins over non-district opponents. Trivers is 2-0 against the Panthers and will be making his second visit to the Panther Den. On the Eustis sideline first year head coach Mike Hay is trying to tradition and swagger of past teams is Panthers' focus. The two schools have a combined total of 7 State Championship game appearances, 4 State Championships, 3 State Runnerup finishes, 17 District Championships and 28 FHSAA playoff appearances overall.

"I know they've been down for a couple of years, but Eustis has traditionally been one of the powerhouse football programs in Lake County," Hay said. "They have a lot of good young players who got some valuable experience on the varsity roster last year."

"The best piece of advice is that football is a game, but it teaches you life lessons. You need to trust in your teammates, you have to be accountable and always be on time and you can never give up. What you want in life, you learn on the football field."

Eustis returns 19 starters off of last seasons 3-7 squad. The key loss was on offense when Jeremiah Sams who rushed for 1,024 yards as a junior at Eustis and picked up a Memphis offer during spring practice with the Panthers transferred to Lake Mary Prep.

After several playoff-bound years under coach Steve Moser, which included 27 wins between 2005 and 2007, Eustis' gridiron struggles began with a pair of two-win seasons in 2008 and 2009. Leesburg has had two consecutive winning seasons under Trivers and is looking to win it's first playoff game since 1992. The Jackets are 8-2 against Lake County opponents in the Randy Trivers Era.

"Coach Hay was the committee's top recommendation to (Larry)," Cole said. "He is held with the highest regards from all the references, interviews, and telephone calls made on his behalf. His face-to-face interviews also were excellent.

Hay is a graduate of Ball State University in Muncie, Indiana. He originally walked on at Ball State and, eventually, earned a scholarship as a long snapper for the Cardinals.

Hay believes Eustis is the right place for him to begin his career as a head coach.

"I've wanted to be a coach for as long as I can remember," Hay said. "My dad introduced me to football and I've always admired his ability to inspire players to perform at their highest level. I want to have the same impact on young people as he had."

"My dad has been a football coach my whole life," Hay said. "He coached for 33 years. Growing up, I always wanted to be a head football coach.

Eustis comes into the game after a big win against Lake Minneola. The Panthers had 326 yards total offense and the passing games appears to be solid led by junior Jabari Dunham who started last years contest as a starter. Dunham was 17-of-27 for 281 yards, 2 Tds and 2 Int's last week. Eustis runs a balance attack last week they had 27 rushing attempts and 27 passing attempts. They are a little suspect in the running game only picking up 45 total rushing yards against Lake Minneola.

Dunham like to spread the ball around Eustis had seven receivers with a least one catch last week. The Jackets defensive secondary will have their hands full with senior WR Clarence Few. Few led all Panther receivers last week with six receptions for 128 yards and one touchdown. Senior receiver Anthony Allen had 3 receptions for 92 yards.

Leesburg also features a balanced attack led by junior running back Mr. No Benton, who led Leesburg ball carriers with 74 yards on 16 carries. Benton feels like the Jackets haven't put their best game together yet and the sky is the limit for Trivers offense.

"I feel as if we can make it," Benton said. "We just have to touch up a few things."

Trivers will try to find a way to put the ball in sophomore WR Brian Jefferson. Jefferson had 103 yards, four receptions and two touchdowns from 34 and 47 yards out last Friday against Tavares.

Defensively the Jackets will rely on some veterans to shutdown the Panthers. Senior DE/OLB Jordan Tucker, will be counted on heavily in stopping the Panthers passing attack. Senior P/RB/OLB will have his hand in all phases of the game in will provide senior leadership on special teams and defense.

Eustis defense caused 7 turnovers last week including 4 interceptions. The Panthers are being more aggressive on defense this year under Hay. Leesburg will have to protect the football in order to have a chance to win.

The Buzz: The Jackets are looking to start off 2-0 for second straight season. Bryan Jefferson is doing a nice job so far in replacing D'Mauri Jones. The Jackets have more depth and speed than Eustis and will try to use it their advantage. Junior running back Bryant "Mr. No" Benton will look to have a breakout game at the Panther Den.

Here are some famous alumni of the Leesburg vs. Eustis Rivalry 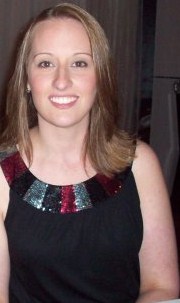 Gerald is the CEO/President of Lacey LLC and OmariWholesale, Inc. He runs his entire business from his home where he is able to spend quality time with his family and friends. He is passionate about helping individuals to build and monetize their personal brand online