By Gerald Lacey
Staff Writer
Carver Heights Quarterback Club
September 20, 2011
LEESBURG - The date was Saturday June 11, 2011 Yellow Jacket football changed forever, it was the day that Under Armour All-American OLB Noor Davis announced that he would be leaving The Villages Charter School and transferring to Lake County’s Leesburg High. The face of the program changed instantly and thrust Leesburg High School into the national spotlight. His fellow teammates have used the increased media attention that Davis has bought to the school to their advantage in terms of being recruited. No player in the history of Leesburg High School sports has had the media attention that the 6'4" 225 lb OLB linebacker has gotten, since stepping foot on campus.

Davis was born with football DNA his father was a High School All-American linebacker and played in the NFL. His uncle is a NFL Hall of Famer Andre Tippett. Davis is a three sport athlete (football, basketball and baseball) and has excelled in each sport. He sports a 4.3 GPA and has verbally committed to playing with the Stanford Cardinal in 2012.  A very polite and well mannered young man he is the essence of what a true Jacket is. He is one of the 51 players chosen nationally for the Dick Butkus High School Award. Davis and former Jacket Danny Trevathan who is now a All-American OLB at the University of Kentucky have a chance to do something that has never been done before. They have the chance to win the Butkus award in the same year both coming from the same high school.
He has made a impact on the field also, Davis has 19 tackles, 5 for loss in the Jackets first two games in 2011. He rated as the #17 player overall by ESPN150 and the #1 OLB by rivals.com. I recently had a chance to talk with Davis to discuss his bright future. Below are a short list of his achievements.
4.3 GPA
2012 Under Armour All-American
2011 CLASS 2A All-State Football Team
#11 in the Orlando Sentinel Super60
Selected to play in the USA vs. The World Game in Austin, Texas
Rated as the #1 OLB in the nation by rivals.com
Rated as the #17 player overall in the ESPN150
Rated as the #2 OLB in the ESPNU football poll.
Received offers from this list of schools Oklahoma, Stanford, Auburn, UCLA, USC, Florida, Florida State, University of South Florida, Georgia, Notre Dame, Louisville, LSU, Boston College, North Carolina, Nebraska, Syracuse, Ohio State, Pittsburgh, Virginia, West Virginia, Alabama, UCF, Miami (FL), Purdue, South Carolina, and Tennessee to name a few.
Here is an exclusive interview with Leesburg High School OLB Noor Davis
Carver Heights Quarterback Club Presents:
Gerald Lacey One On One With OLB Noor Davis
Gerald Lacey:
Good Morning Noor how are you?

Good Morning Sir, I am well thank you.

Gerald Lacey:
How has your time been so far at Leesburg High School?

Noor Davis:
I am enjoying my Leesburg experience very much. My classes are challenging and interesting, and I like the faculty and staff. My counselor, Mrs. Emerson, is awesome. I have bonded with my football teammates over summer workouts and throughout training camp. Now it’s time to play! I like my coaching staff and what they are trying to accomplish. The Leesburg fans are amazing! My neighbors, Mr. George (who played here in the 1950s) and his wife, Mrs. Wanda, and my other neighbors come to our home games to cheer us on. I can feel the energy of the crowd when I play. It’s a great feeling!

Gerald Lacey:
What are your goals for the 2011 football season?

Noor Davis:
I don’t focus on individual statistics. My goals are really focused on helping LHS win as many games as we can, reaching the state playoffs, and in advancing to the 7A state championship game…and winning it!


Noor Davis:
Yes it is, but I accept that. I just continue to work hard, try to be aggressive, and make plays.


Gerald Lacey:
What kind of chemistry does this current group of Jackets have. Was your father a college or NFL player? If so who is he?

Noor Davis:
We have tremendous chemistry on this team and we are improving every week.
My father was a high school All-American linebacker and he also played LB in the NFL with the New York Giants and with the New England Patriots. He prefers not to be identified in my interviews as not to distract attention away from my recruiting experience.

Gerald Lacey:
Do you enjoy playing for coach Randy Trivers

Noor Davis:
I enjoy playing for Coach Trivers and for all of the other coaches. They do a great job of preparing us and motivating us to be at our best on Friday nights.


Gerald Lacey:
How has his coaching style impacted your game?

Noor Davis:
I am not sure, but I do feel extremely comfortable. Coach Trivers and his staff are extremely motivational and they connect well with the players. They do a great job of challenging us to be our best, while at the same time still keeping the game fun to play.

Gerald Lacey:
You are considered by many recruiting services as being the nations #1 rated OLB. Your mailbox is always full of letters from every school in the country. Your phone is always ringing off the hook. You have a large number of interview requests. At times this probably can be a bit overwhelming for a teenager. How do you handle all of the publicity and keep a level head?

Noor Davis:
It’s really simple. My parents! They don’t play! Football is a huge part of my life, but it does not define me. In our house, I am a student first and an athlete second. My Mama monitors and schedules all of the interviews so they do not interfere with my study time. To receive any ranking, is recognition. It’s always an honor to be ranked number one, but the truth is, there are so many talented linebackers across the country. I carry this distinction proudly and I am happy to represent Leesburg High School and our community. Hopefully this attention will create opportunities for others.

Gerald Lacey:
Do you talk to your other teammates that are in a similar situation on how to handle the pressure of being a big time recruit and staying focus?

Noor Davis:
Yes I do, occasionally. However, right now we are really focused on helping LHS win on Friday nights.

Gerald Lacey:
Will you take your five official recruiting visits? If so which schools will you visit?

Noor Davis: My parents have encouraged me to take my official visits. However, I am not exactly sure whether I will take all five. At this time, I will obviously take my official to Stanford. I am scheduled to visit them in October with my Mama. My father and I have already visited there in June. As for the others, I have not made any other decisions at this time.

Gerald Lacey:
Is your verbal commitment firm with the Stanford Cardinal?

Noor Davis:
I feel extremely comfortable with my commitment to Stanford. It is a school that has a unique blend of academic excellence combined with major sports success. However, nothing is ever certain. As a 16 year old, this is by far the biggest decision of my life and I want to continue to examine some of my options before National Signing Day on February 1, 2012.
Gerald Lacey:
Will you play basketball and baseball at Leesburg High School?

Noor Davis:
Yes Sir, I will play baseball at Leesburg. At Stanford, I will play both football and baseball. I will forego my senior basketball season to prepare for baseball and to prepare myself to play in the Under Armour All-America Game in St. Petersburg and in the USA vs. The World Game in Austin, Texas.


Gerald Lacey:
Will you enroll in Stanford in January?

Gerald Lacey:
Does your team feel like it can win the District Championship?

Noor Davis:
Yes Sir. We do believe that if we continue to improve each week and remain healthy, we can win the District Championship.

Gerald Lacey:
How big of a role does your family play in your athletic career?

Noor Davis:
My family is the reason for my success. They promoted and marketed me from relative obscurity to national attention. They were my voice when I could not speak and they believed in me when others did not. My father has taught me all of the techniques and fundamentals in football, basketball, baseball, martial arts…everything. However, he has taught me so much more than just the nuances of sports. Most importantly, he has taught me about life, humility, integrity, compassion, respect, appreciation…how to be a man, and how to carry myself off the field to prepare myself for life. Although he will never say it, as he likes to remain in the shadows, he is responsible for my success. He is the one who trains with me in the sweltering Florida summer heat...running with me and serving as my lifting and conditioning partner. My Mama keeps me focused in school, in nutrition, and is my personal trainer when Daddy is not available. She has pushed me extremely hard in the classroom and as a result, I have had the opportunity to be recruited by so many wonderful schools. My little brother, Gabriel, also helps. He runs striders and the speed ladder with me. He is a Beast! He is extremely athletic and fast...so you might want to remember his name!
Gerald Lacey:
What motivates you as a player?

Noor Davis:
I want to be the best football player that I can be. I want to impact the outcome of a game. I truly enjoy the competition that football brings out. I like the physicality of the sport and the weekly challenge of preparing for success. Each week I am motivated to try to overcome obstacles and to make the plays that will help my team win.


Gerald Lacey:
Your uncle is NFL Hall of Famer Andre Tippett, how has he impacted your game?

Noor Davis:
I try to be a student of the game. I am always looking to improve, so I study others. Fortunately for me, I don’t have to look far. My father played professional football and my uncle was one of the best linebackers in the history of the NFL. That in itself serves as a great influence. I have access to advice every night from my father. My uncle has also taught me techniques and has sent me LB advice via email. When we speak, we not only discuss the physical aspects of the game, but we also spend time discussing the importance of mental and physical preparation and strategy as well.

Gerald Lacey:
Thank you Noor for doing this interview with the Carver Heights Quarterback Club. I pray for your future success. Remember Noor always do it the Jacket way "GO HARD" Gerald Lacey 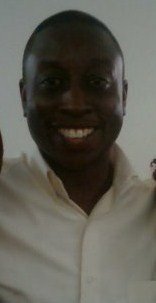